Regularly, intermittently, once a month perhaps, I do an online search for numerous (currently 42) terms and topics related to femme and butch. It's time consuming, and Google protests: 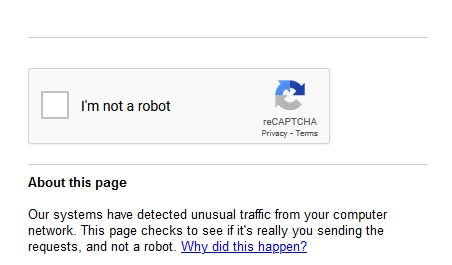 Clicking that box once in a while is not too irksome. I grumble when Google goes further and makes you click more boxes, containing: a car, a traffic light, a fire hydrant. And the pictures are never very clear. Grumble.

“Femme men have held space online for years now (Reddit’s /r/feminineboys forum has nearly 70k members since starting in 2012). However, they’ve become more visible than ever on TikTok. #FemboyFriday has become a popular weekly theme with over 158.3m views on the platform”.

That extracts from an article in the Evening Standard no less, which shows I'm really behind the curve here.

“One of the biggest unifiers among femme boys is that they proudly incorporate feminine clothing into their wardrobes with strong ties to the LGBT community. Beyond that, they’re a diverse group, made up of people with different gender identities, sexualities and more.”

Ooo, I'd like to be part of that — if I was forty years younger. It's a bit late in the day for me to be a femboy now. Another salutary lesson on not letting your youth go to waste.

But I note the headline: “Why #FemboyFriday is more than just a trend”. Initially a queer thing, the #femboyfriday hashtag has since been taken on by young straight cis guys, for whom clothes are just something to wear, referencing Kurt Cobain and Harry Styles.

Seth Williams says: “I don’t think that there is anything wrong with cishet men experimenting with their self expression. However, people need to be cognizant of the fact that our identities aren’t a ‘trend’ and that this is who we are. Amongst my circle, I’ve noticed that more discernibly or openly queer men receive much more hate. Our community has been fighting gender norms for years, so we should get the same appreciation as our cishet counterparts.”

In quiet protest Seth also uses the hashtag #FemboyEveryday. On video, Marc Sebastian stares you in the eye and says: “I'm just here to let you know that femboy style isn't really a trend. You just think it is because straight white boys are doing it now.”

Quite. Well, not quite quite. Some straight white boys have been doing it for years too.

As Judd Anderson says: “People have been presenting themselves more femme for a long time but were constantly hated on and bullied. (...) The more people see it and see positivity coming from everyone it’ll make more people who’ve wanted to express themself in a more femme manner finally do it and not have to be worried about getting hate for the clothes they wear or how they want to present themself.”

Okay, I'm itching to query Judd's use of “femme” there. Does he mean femme or just “feminine”? They're not the same thing. Mumble - straight - mumble - ignorance - mumble - queer culture - mumble - mumble. Except who am I to question what Judd knows or doesn't know? Certainly a lot more than I did at that age. Or even twenty years past that age. He's even using a “themself” pronoun formulation. Respect.

Respect to everyone on the #femboy hashtag. If still more to those who are actually femme. And more still to Kevin Ninh for sheer flawlessness.
Posted by Jonathan at 18:49 4 comments: