No, I've not followed up Nottinghamshire Pride by rushing round the country from parade to parade. This post is about "famous relative" who was Grand Marshal at Manchester Pride again last Saturday. Here he is looking very dashing (and quite femme): 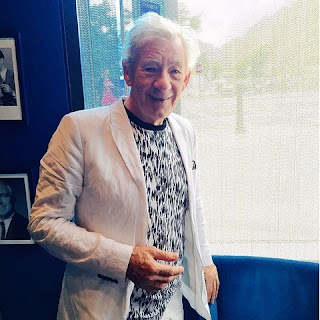 He also gave a short interview to Gay Times, which you can read here.
One bit in particular meant a lot to me:

GT: With trans coming to the forefront of the LGBT community, do you think it’s now time for trans to become seen and celebrated even more?

IMcK: If you’re trans, it’s your life. It’s not passing fashion. What’s good is that people are taking trans people seriously and trying to understand their problems and not get in the way. Stonewall has taken trans as part of their campaign. And, I must admit, I know a couple of trans people, but I’d no idea how widespread it was.

I go to schools, and many secondary schools have a transgender pupil going through the process. But, they’re heroes to the school. Everybody knows about them. But I feel that I’m as ignorant to trans problems as people of the past were about gay problems. It was a bit of an education for me. But I wouldn’t say that it’s a passing thing as we’re all taking it on board and trying to understand it.

Ian also narrated the recent Channel 4 documentary Muslim Drag Queens, which is very much worth watching, especially if you're trans – because, in case you were uncertain on this point: drag queens are our sisters!

And as for Ian knowing (relatively) little “about drag and trans and areas of being gay that I have not been part of” (as he said elsewhere) – well, perhaps so, but he was warmer and more open-hearted in that admission than a whole world of people who could say the same.

And I just love him for it. 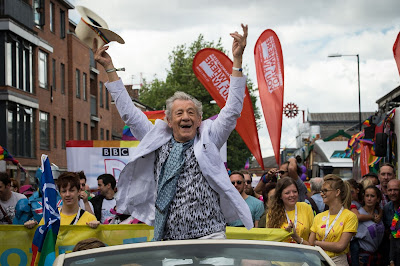