“I want every single person who doesn't think representation matters to look at queer folk mourning Bowie and try to believe those words.”
– Wolferfly (on Twitter).

Yes, representation matters. To be able to see ourselves, or someone like ourselves, reflected in the wider culture gives us (an often crucial) permission to be ourselves. See, it's okay to be this way.

But David Bowie wasn't that person for me. In the early 70s I was still at junior school and Bowie's gender transgression hardly registered. I don't think I even noticed that he was wearing "girls' clothes" and stuff, and it probably wouldn't have mattered if I had. That wasn't how I wanted to wear girls' clothes. I wanted to wear them like a girl, not a young genderqueer boy (even if I'd had words for anything like that). So, to me, Bowie was just another wildly dressed star of glam rock; and of those bands the pictures on my wall were of Slade, T. Rex, and The Sweet, not Bowie. (I do now have Aladdin Sane from back then, but it was bought long after, and mainly because of Mike Garson's piano on the title track.)

In their 2010 book, Missed Her, Ivan Coyote writes about growing up in isolation. Many (most) of us whose formative years were pre-internet surely know about that. Certainly, I knew no one like me, and had no one to look to either. What I mostly recall is a progression of ridicule and shame:


When you're growing up – if that ever stops – such relentless negativity bears down heavily upon the imagination, but it doesn't crush it entirely. (Metaphor: a plant shut in a dark shed still tries to grow.) And in the absence of standard iconography, we find our own. I had:


It's interesting what we remember, what affected us, who influenced us, and why. We all (or at least most of us) need someone. Representation matters.

As it happens, David Bowie wasn't a very significant figure in my life. But send me back to the 1970s and he probably would be. 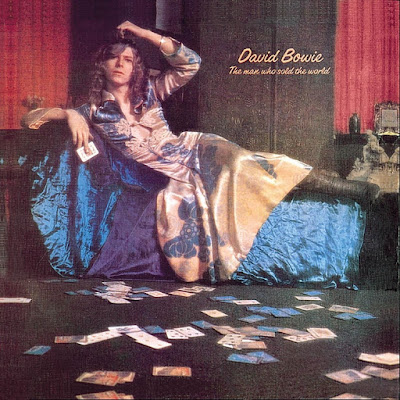 Posted by Jonathan at 20:56 No comments: