Okay, that's enough introspection for now. Instead, here are some more pictures. They're not definitively male femmes this time – in fact one of them isn't even male – but I like them. 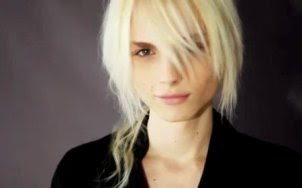 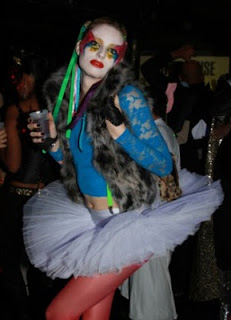 The first two are photos of "The Prettiest Boy in the World", fashion model Andrej Pejic. "Is that you?" I was asked about the second one. I wish! 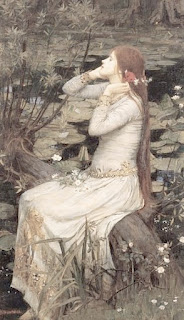 The third is an 1894 painting of Ophelia by John William Waterhouse. Crossdreaming blogger Deborah Kate uses this as her avatar and you can see why: Ophelia's gender is so ambiguous. Yes, there's the dress and the hair, but these don't denote femaleness necessarily, and certainly not in our context. Meanwhile, Ophelia's left arm and hand seem almost deliberately placed to conceal the more obvious sexual signifiers. I have a print of this picture on my wardrobe door. 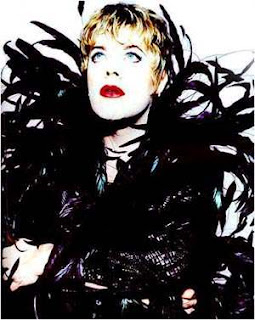 The last is Eddie Izzard again. (He also featured in my first picture post.) Compared with Andrej, Eddie doesn't have a lot to work with. He's just a big bloke really. And yet, some feathers, a few highlights, a bit of make-up, and he looks pretty too. As someone who is far more Eddie than Andrej, I find that very encouraging.
Posted by Jonathan at 12:54 2 comments: