As you may already have heard, there's been some very sad news this month: American trans activist, educator, author, blogger, and all-round good guy, Matt Kailey has died.

I didn't know Matt personally, only his writing, which was lucid, honest, incisive, reflective, compassionate, warm-hearted, and inspiring. I have two of his books – ‘Just Add Hormones: An Insider's Guide to the Transsexual Experience’ (a definitive work, particularly from the trans male perspective) and ‘Teeny Weenies and Other Short Subjects’ (a more recent collection of autobiographical essays) – and would recommend either of them, not least because they're very well-written and entertaining, as well as being thought-provoking and informative.

Matt's ‘Tranifesto’ blog (one of the first I ever linked to) reached its 5-year anniversary in April – at which point he re-categorized everything (all 611 posts) to make it even more accessible, and then decided to take a break, writing: “Tranifesto is not dying, and neither am I (I hope, but there are never any guarantees – I will let you know, though, if I’m given any warning).” He wasn't. Matt died, unexpectedly, of heart failure, in his sleep, on the night of 17th/18th May. Hopefully, Tranifesto, and its significant “Ask Matt” section, will be maintained as a valuable resource.

Numerous tributes to Matt can be found online, including these by: Jacob Anderson-Minshall , Denise Kodi, Kyle Jones, and Monica Roberts.

As each one of them makes clear, Matt will be very much missed. 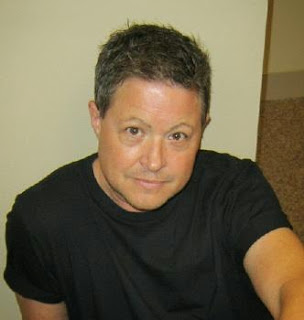 The only record of my life on earth as a transsexual man will be in what I leave behind. But I don't remember being born and I'm not going to remember dying, so the thing that really matters is what I did with the life I was given in between those two events.
Posted by Jonathan at 14:38 No comments: